A dovecote was in feudal times a building used to house and raise pigeons.

These were used for their flesh, for training falcons for hunting, but also to carry messages. The pigeon will be an instrument of power through this function of courier, and this largely explains the privilege of dovecote granted to the nobles during the medieval period.

The round shape was favoured with rare exceptions. Large pigeon houses can be 8 to 10 meters in diameter and contain several thousand nests (boulins).

The square shape is mainly used for smaller dovecotes, as they can be included in other buildings.

There are also boulins directly in front of the manors and farm buildings, their number was equal as  the cereal area of the estate. 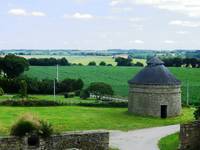 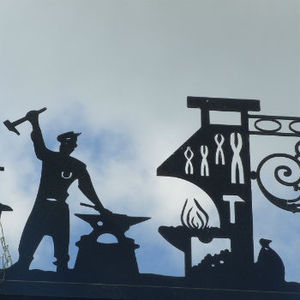